How to Livestream a Protest / Parade: Ultimate Guide 2020 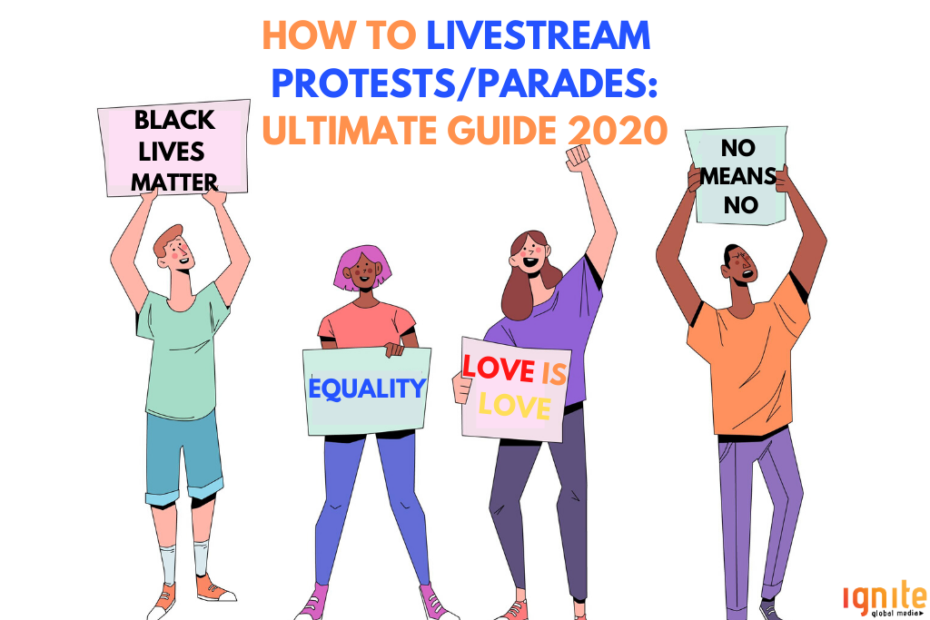 On the contrary to a lot of people’s opinions – 2020 is not a year to be canceled. It is a year that has awakened us and taught us a lot of things. With so many protests going on nowadays, people are eager to stay in the loop of everything that’s happening in the world and participate in it. Now more than ever, people are willing to raise their voices and fight for their rights and what’s important to them. Indeed, protests and parades have been happening for years and years but what happened that some of these grew to be one of the biggest and most powerful movements in recent years, worldwide? How did they spread? – Through the livestream of the first protest which motivated others to take action.

Live Streaming is a very effective way to spread a message. It gives the rest of the world that is not participating in the protests the opportunity to see them, get informed about them, educate on them, and hopefully take action. Whether you participate in the #BlackLivesMatter movement which struck the world as lightning due to its power and relevance, #PrideParade which is a parade that is happening in 150 countries worldwide, #Women’sMarch which up to date is the biggest parade worldwide, or any other smaller-scale protests/parades, this is your Ultimate Guide on How To Livestream Protest.

How To Livestream Your Protest

Know what you can legally do or not do

It is very dangerous to be seen taking videos or pictures. You must know your rights and how the law functions in that particular country where you are performing the live streaming. For example, in the US:

Know the laws for public footage

Be aware of the laws on public footage in the country where the protest takes place and educate yourself on the rights of the demonstrators as well. Live Streaming can expose people’s identities. Filming with a camera on a protest can be very sensitive for the protesters. Why? – Some people don’t want their identities to be exposed! To elaborate, when livestreaming protests, you must evaluate the situation. Try filming just the legs or the backs of the protesters. Make sure you avoid catching any faces or revealing their tactics in the videos. You can capture shots from far and exclude the individuals in the crowd. Also, don’t forget to prepare the audience for any content that might be disturbing with spoiler messages.

Start with sharing the responsibilities and duties between your crew, such as location, where the protests might be taking place, and have your men in every possible spot. Make it clear what’s important to be captured on camera and outline the tasks that everyone is supposed to do while you livestream protest.

Have an escape plan

Make sure you have an escape plan in case the protest goes the wrong way and don’t forget to look after each other in the crew. Most importantly, stay in small groups, don’t lose your focus while streaming, but don’t lose an eye on your partner or the crew as well.

The best way for the viewer to watch the livestream of your protests is when you hold your camera as steadier as you can. It is very difficult to look at a video that is shaking all the time. Bring a gimbal or a stabilizer with you to make steady shots with your camera or phone.

Try to get very wide shots while livestreaming. It is the best and safest way to stay in a close distance, in a safe position, where you can capture nice shots and in case of an incident, film the details and people involved in it. Try to capture the police badges, given orders, weapons, etc.

Narrate and guide the viewers

In that way, they can closely follow where and what exactly it’s happening in the video that you are showing. You can even ask them to share it with other people or even ask for assistance if needed. In addition to that, it is also good to have a partner that could answer their comments or questions at the same time.

Interview the participants or eyewitnesses

Before you do this, you need to be sure that they know why you are filming and livestreaming that protest. They would give you their own insight and thoughts on the situation, incident, or the protest itself.

After you are done with live streaming your protest, don’t forget to save the live footage on another device, memory card, or cloud drive. Why? – It can be deleted from social media. And of course, you would not want to end up with empty hands.

Use all social media tools

It is very important to make the most out of social media. Make use of the most popular apps, such as Twitter, Facebook, Instagram, or TikTok. These apps also have an option to go live and since we’re all constantly connected there, it gets our attention at the very moment.

Get Help from a Video Production Company

So, are you ready to livestream your protest or parade? We know you are! If you have already done some filming in protests and you need help with turning them into extraordinary videos to show to the world, Ignite Global Media are here to help you. 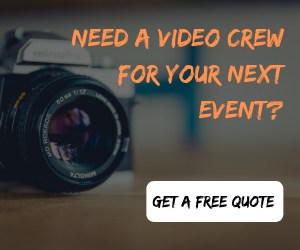 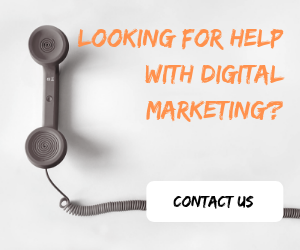